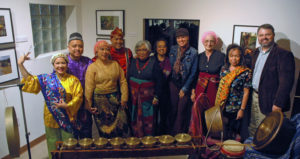 Members of the Board of Directors (BOD):

NOTE:  FACC is in the process of recruiting members for the BOD.  We will post the names as soon as they are finalized. 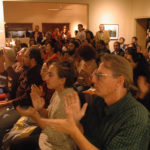 Audience at the PKE Kulintang Show 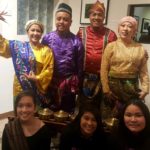 Pakaraguian Kulintang Ensemble with our young kulintang musicians, Malaya, Jasmine and Justine. Not in photo: Miracle. 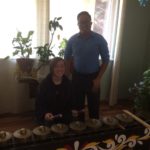 FACC has co-sponsored the Pamana Heritage Awards and Filipino American History Month Celebration in 2017 and 2019.  This is a biennial event.

FACC has co-sponsored the Cultural Show at the Santacruzan in May for three consecutive years at the Old Town Plaza.  It was a joint project with the Filipino American Foundation of New Mexico and the City of Albuquerque Cultural Services Office.

FACC recently obtained a grant from the City of Albuquerque City Council, with a theme, “Philippine History and Language Acquisition through Performing Arts”.  The recital was presented at the Santacruzan event on May 20, 2017 (Old Town Plaza) which was co-sponsored by FACC with FAFNM and City of Albuquerque Cultural Services.  The grant  provided funds for instructor/choreographers to teach music and dances while also teaching the history and language.  The activities and details of the participating instructors are posted on their pages (below).

There are two non-profit Filipino organizations that will benefit from FACC grant writing efforts:

Since 2014, FACC contacted the City of Albuquerque Cultural Services and facilitated performances for the performing groups.

Past Accomplishments (Before FACC was formed)

Although FACC was incorporated in 2012, the members, particularly Dr. Dely Alcantara had obtained many grants for the Filipino community including funds for veterans and Asians where Filipinos participated. The total amount including the Bataan Memorial ($300,000) was $357,000+.  This amount did not include the grants she obtained (& founded) for the New Mexico Asian Family Center (of which Filipinos benefited).

Grant or Assistance obtained by FACC AFTER its incorporation: